Caister Castle was commissioned in 1432 by Sir John Fastolf

Open from Monday 16th May to Friday 30th September.

Caister Castle was commissioned in 1432 by Sir John Fastolf. The 90 foot tower remains intact and visitors can climb to the top for a magnificent view of the castle ruins and the surrounding area. The castle is of historical interest both because it is one of earliest buildings in England of importance to use brick as the main construction material and because of its connection with Fastolf and later the Paston family.

Sir John Fastolf was an important English soldier during the 100 year war. He drew inspiration for the design of his castle whilst fighting in France. Whilst in London, Fastolf became friends with John Paston who later became his lawyer.

Caister Castle was left by Sir John Fastolf to his lawyer, John Paston, in his will. Fastolf's other heirs, Yelverton and Howes, did not accept John Paston's ownership of the castle and legal battles ensued for many years.

The urgent letters which passed between Margaret Paston and her two sons at this time provide graphic testimony to the violence of the attempt; these letters are the first record of private correspondence to survive in Britain and are now held in the British Museum. 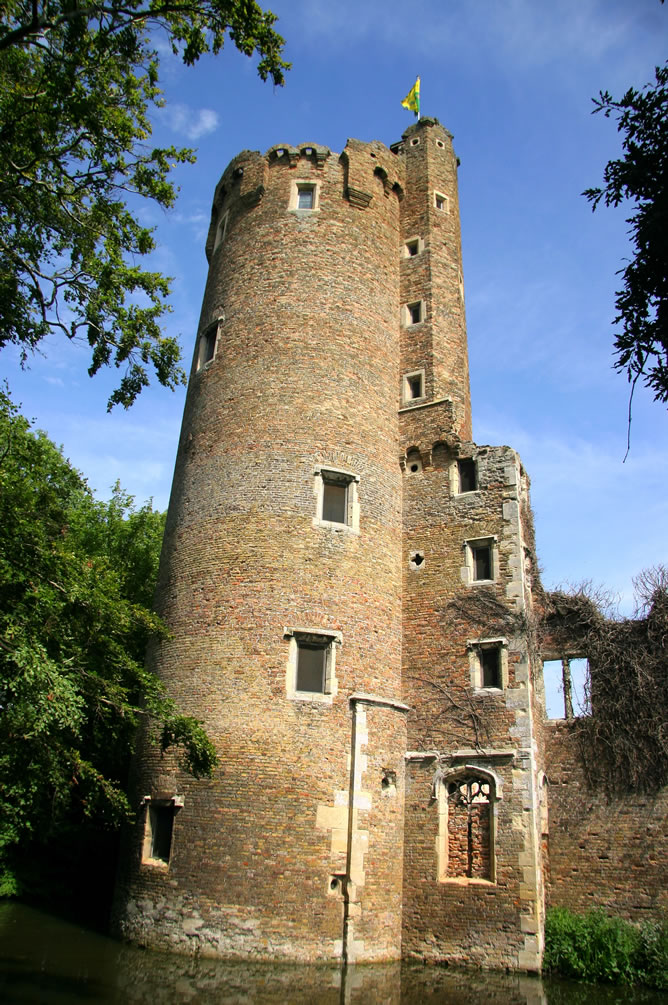